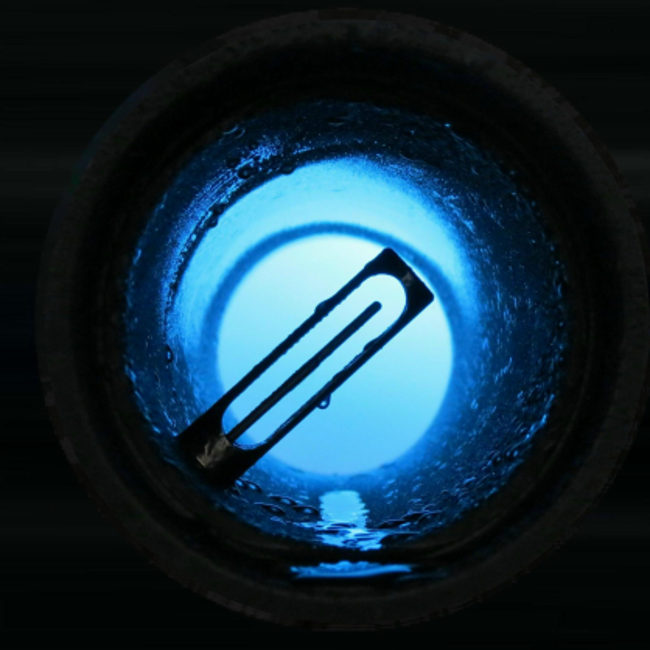 In condensing gas environments such as landfill or digester gas measurement, moisture can cause problems with thermal mass flowmeters. Water droplets forming on the sensors heated element result in an increase in energy to the element.  This causes the meter to report much higher flowrates than are actually occurring. Large water droplets can cause significant flow spikes for up to 30 minutes.

To overcome this problem, Kurz have developed the 454FTB-WGF, wet gas flowmeter. Kurz have adapted their successful 454FTB design by heating the heated sensor to 300°C above the ambient temperature sensor. As the water droplets impact the heated sensor they immediately vaporize and create a layer, caused by the Leidenfrost effect, which diverts the remaining water around the sensor leaving it unaffected by the moisture in the gas.

This website uses cookies to improve your experience while you navigate through the website. Out of these, the cookies that are categorized as necessary are stored on your browser as they are essential for the working of basic functionalities of the website. We also use third-party cookies that help us analyze and understand how you use this website. These cookies will be stored in your browser only with your consent. You also have the option to opt-out of these cookies. But opting out of some of these cookies may affect your browsing experience.
Necessary Always Enabled
Necessary cookies are absolutely essential for the website to function properly. This category only includes cookies that ensures basic functionalities and security features of the website. These cookies do not store any personal information.
Non-necessary
Any cookies that may not be particularly necessary for the website to function and is used specifically to collect user personal data via analytics, ads, other embedded contents are termed as non-necessary cookies. It is mandatory to procure user consent prior to running these cookies on your website.
SAVE & ACCEPT